To make matters worse, I cannot get my account back. It’s a shame; I spent a few months build up an audience of over 2,000 followers on twitter. I had some lucky moments, I made some cool friends, and well, I had an audience.

This is my first time ever being hacked, so I’ve been reflecting a lot. My first question was “why was my account targeted?” But there was a very simple answer: because it existed. If an account exists, especially if it has followers, someone will try to hack it. I mean, the internet is basically the wild wild west.

My second question was “How did I get hacked?” The answer to this question had some more interesting nuance. Contrary to popular belief, it had nothing to do with a lack of technical knowledge, or a lack of knowledge around security best practices. I knew all about 2FA, best password practices, phishing, etc.

How did I get Hacked?

To be completely honest, I was hacked because I don’t like spam.

When I sign up for most services, except my most essential ones, I use the same spam email address. Why? Because whenever I give my email to some entity on the internet, I suddenly receive emails from all types of marketing campaigns. I know I can unsubscribe, but you know as well as I do that emails never stop piling up. I now have over 31,000 unread emails in my throwaway inbox, and even 200 in my primary email where I constantly unsubscribe from whatever pops up. It’s like an endless game of whack-a-mole.

Obviously, I don’t check the inbox of my spam email. So, when I got this email:

It didn’t matter. There was no world in which I was going to see that. I only found out through a series of emails to my primary account from the friends I’ve made. 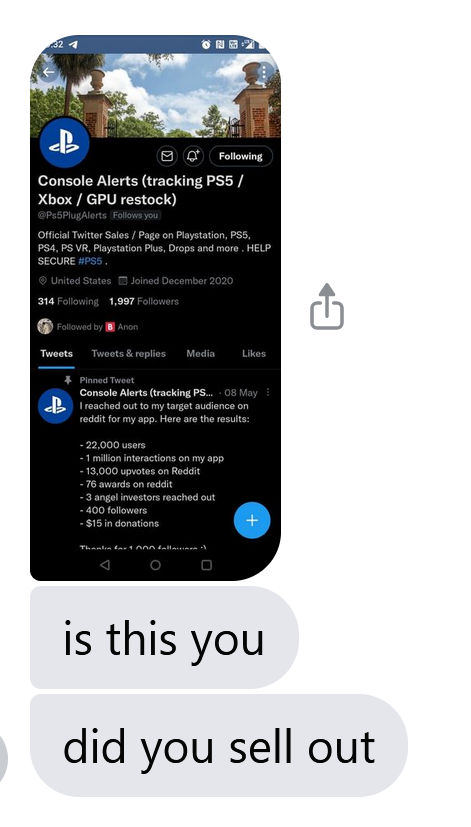 As soon as I got this news, I went to submit a support request to twitter to try and get my account back. When I submitted my claim, they asked me this:

Damn it!! I don’t give my phone number out either because I get a ton of spam calls and spam texts from all kinds of companies and scammers. It’s the same as the emails.

So, there you have it. I was hacked not because of any lack of knowledge, but because of a deliberate choice to risk my security in exchange for less spam. The amount of unnecessary communication and monetization of communication channels has made email addresses and phone calls “the boy who cried wolf.”